In the early part of the Twentieth Century, the state of New York was a major participant and contributor in the history of the Spiritualist movement. This spiritual movement, many regard as the most important in the History of the world, since the movement of the early Christian church.

On November 14, 1849, the Spiritualists held their first meeting at the Corinthian Hall in Rochester, New York. It was there that a communication was received that “the Spiritualist movement was to unite humankind and to convince skeptical minds of the immortality of the soul. One of the ultimate results of this movement will be to unite religion upon a common basis – the manifestation of “God’s Truth”. It was out of this genesis that the Church of Divine Inspiration was born on May 7, 1923.

The Church of Divine Inspiration had several church sites, possibly beginning with meetings in the Harrs’ South Fitzhugh Street home, then on to Flint and Hawley Streets. The Appleton Street site was purchased in the 1940’s during the pastorship of Reverend Frances O. Adam. Also during her administration, money was donated for the construction of a Healing Shrine. The Healing Shrine of Jesus was completed in December 1942 and dedicated in the Church of Divine’s Prayer garden on August 14, 1943 by the Reverend Converse E. Nickerson of Boston, Mass. The shrine is refurbished and was rededicated on May 9, 1993 in honor of the Church’s 70th Anniversary.

The Church was chartered through the General Assembly of Spiritualists on May 7, 1923. It is through the efforts of our founder Rev. Harrs and others who followed her in their service to the church, that the Church of Divine Inspiration continues to manifest the fruits of the spirit as promised in the scriptures. 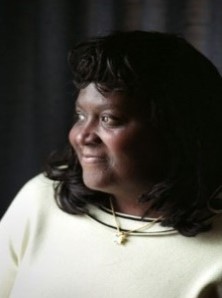 Under the recommendation of Reverend Newbie, Reverend Cason began to take and successfully completed the examinations given by the church’s national organization the General Assembly of Spiritualists. She became an Associate Minister, Licentiate Minister and finally was Ordained in November 1988. On August 17, 1990, Reverend Newbie passed to the higher side of life. Through a vote of the Board of Directors of the Church, Reverend Cason was appointed the Pastor of the Church of Divine Inspiration on August 20, 1990. 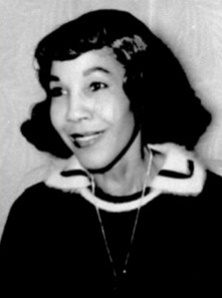 January 25, 1906 to August 17, 1990.  At the membership meeting May 13, 1950, it was moved that Marion Newbie be called to act as Pastor during Rev. Ethel Taylor’s leave of absence. By March 17, 1951, Marion Newbie had already been ordained. She moved into the apartment above the church in 1951. At the membership meeting June 1, 1951, Rev. Newbie was nominated as Vice President of the Board. She held this position until she became the Pastor of the Church June 29, 1969; at that time she also became the President of the Board. She held both of these positions until the time of her death on August 17, 1990. Reverend Newbie served on the Board of Directors of the General Assembly of Spiritualists for thirty years. She was President and Vice President of the board for many years. 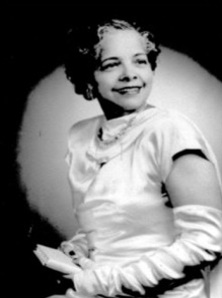 Born May 1900.  Ethel E. Taylor was accepted into the membership of the Church of Divine Inspiration December 12, 1943. At the Board Meeting of April 21, 1945 a motion was made to accept Associate Minister papers for Mrs. Ethel Taylor. She did not serve on the Board until 1945 when she was elected and became Treasurer at the membership meeting March 28, 1945, a position to which she was re-elected in 1946. At the membership meeting May 27, 1947, Ethel Taylor was elected President of the Board. At a special Board meeting August 16, 1947, the licentiate papers for Ethel Taylor were approved. At a meeting on September 8, 1947, it was moved that Mrs. E. Taylor become Pastor.

Reverend Andrews was called to serve the church for a period of one year in May 1945. He had been affiliated with the Church of Spiritual Truth in Batavia. 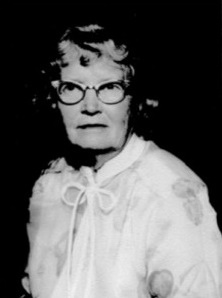 Born January 10, 1903.  Reverend Adam was noted as having been made Assistant Pastor about two months prior to the death of Reverend Harrs. The church minutes indicate that there is a new church board under the direction of the new Pastor in September 1937. When Rev. Harrs died in 1937, the lawyers settled the Will for reasons not completely known and forced the congregation of the Church out of 372 Flint Street in October 1937. Reverend Adam set about immediately devising ways to make money for the church and finding a new home. Rev. Adam managed to keep the congregation together at that time and find rental space right around the corner at 257 Hawley Street. She instituted the Medium’s Day once a month in the late 1930s. She and Mr. Joseph J. Perry negotiated the purchase of 27 Appleton Street in May 1941 and apparently built the Healing Shrine in the backyard during their tenure. 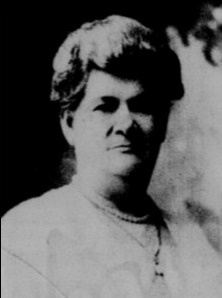 July 10, 1862 – May 28, 1937.  Reverend Harrs was born July 10, 1862 in Florence, Germany. She came to the United States when she was 18 years old, or around 1880. Whether she was already married to Frederick J. Harrs at that time is not known. Mr. Harrs was born in Veramen, Germany on December 4, 1862. They came to the Rochester area about 1906 or 1907. Wilhelmina & Frederick Harrs were members of the Plymouth Spiritualist Church, which was chartered through the General Assembly of Spiritualists. The Harrs received their early Healing and Licentiate papers from the General Assembly around 1917. In May 1923 Reverend Harrs received a Charter from the General Assembly of Spiritualist Churches to start her own church. This new church was named the Spiritualist Church of Divine Inspiration; a name which remained until 1982 when it was legally changed to The Church of Divine Inspiration.

It is of interest to note, that for Medium’s Day they did serve dinners complete with sauerkraut and pork, roast beef or chicken with all the trimmings. Dinners were 35 cents until February 1942, when it was voted to raise the price to 40 cents a dinner.